Connecting You with Healthy
Products From Small Family Farms

Home » Your Source of Milk
Previous Next

Your Source of Milk

Raw Milk Near Me?

Could I find raw milk near me at the grocery store? Would I have confidence it would meet fair trade practices for a small family farm? Or does a large cafo produce this healthy food? Is there hope for the small family farm? Or will the populace all simple choose to pay the lowest prices they can and destroy true sustainability in their communities — by choosing cheap food? Will the real values of  undenatured whole milk again become one of the healthy snacks as previously recommended by Grandmother? Will WalMart and other mega marts really provide health food at fair prices? Or will poor quality skim milk keep making us fat?

Prices Unfair- Below Cost of Production

Milk prices rise and fall. The best milk prices inspire dairymen to build bigger barns to rake in the cash while they can! But then it happens again — these sustainable prices plummet. And they drop to levels below the cost of production. At times they only receive payment with slight profit margins. And so again, increases in dairy herd sizes become a necessary in order to bring enough income in to maintain family farm payments, etc.

Government substantives were intended to assist farmers financially but in reality it has caused a tremendous burden to the small scale family farm — the backbone of true farming futures and consumer health. Sadly fair trade in the dairy industry evaporated years ago!

Volume Promoted at the Expense of Healthy Food with Nutrient Density

A few years ago scientists and doctors named whole milk as a bad fat food. The population accepted the supposition but suffered the consequences. Skim milk, known as the healthier choice, stocked too many shelves. Besides, creameries pasteurized poor quality milk to try to make it safe for people to drink. The cows producing the milk lived in such poor farming conditions that they became sick.

And so the milk was unfit to drink unless there was a way to sterilize it; to kill the diseases from the cows passed into the milk due to their unsanitary living conditions. And so, we again have swallowed enough volumes of the pasteurized milk long enough to believe raw milk might kill us if we drink it! But what really is the problem? Is it not the concentration of animals in huge amounts that leads to disease?

Most modern day farms feed the cows soy beans which increases milk production due to the estrogen levels in the soy beans. This increases the cows production of fluids. But she fails to ingest more minerals and other nutrients in order to keep up with this volume of milk to maintain the full nutrients she was created to produce in her milk. But so what, if we can buy the stuff called milk, it should to the same as true, real milk.

Farmers too often don’t care about true values of their goods. Rather they need to focus on competing with the others in the market. And so consequently they feel forced to compromise quality to meet customer demands of lower food prices.

Unfortunately, mega farms have given the populace the idea that cheap food is the way to buy food. And skim milk is cheap food but comes with greater profit margins for the creameries. And behind the scenes lurks the hidden greed of gold rather than the care of health for the consumer. Health problems have increased significantly. Poor food quality lends a significant hand to further the maladies. But do we really care?

Our dairy farms have focused on the production they have can produce by using corn and soy as the mainstays of the diets. Grass foraging will reduce their super massive volumes and so they keep the cows off grass in order to get the higher dollar paychecks. But they forgot to consider the estrogen effects of the soy in humanity. Like mentioned before, the estrogen rich soybean certainly does increase production of milk. It has been proven all too long. Even so to the point of causing a glut of excess milk.

We have so much excess that the large creameries will at times send trailer loads of milk back to the farm to be emptied into the manure pits because there is not enough sale for it all.

There’s no wonder whole milk lost its entitlement in the list of healthy snacks! “Treason” against the natural goodness of milk from truly grass fed cows.

Real Milk comes from 100% Grass Fed Cows. They only produce about 1/3 the volume of the average dairy cow. But their health is much better. And their milk presents nutrient dense food. Choose real milk this week! 100% grass fed would make a real difference for the dairy industry and the consumers as well! Skim milk is not real milk.

If you were to visit a farmer and enter into his everyday discussions you would learn of the crisis the family farms are facing. Dean Foods (a very large food corporation) has closed about a dozen of their plants. This affects many, many small dairy farms who will need to discover another place to sell their milk if they will continue dairying. Why is Dean Foods closing these creameries?

Walmart purchased milk from Dean Foods. But they now opened a mammoth operation in Indiana. But even more disturbing is the fact that the milk for this new creamery comes from multiple thousand cow dairies. Consider the cheaper costs in picking up on full trailer load of milk at one location than needing to pick up milk from 5, 10 or even 15 small dairy farms in order to get a trailer full of milk. But what about the high cost of contamination? Did we mention the environmental and economical costs too that goes with cheep food?

Now don’t forget. Ask yourself, “Why pasteurize in the first place?” For hundreds of years nobody drank pasteurized milk. But due to overcrowded concentration of animals, pasteurization came into the milk production.

And so now again, this type of production certainly necessitates the pasteurization process for food safety due to poorer cow health and heavy concentration of animals in one given area. Disease will spread quickly in such cafo operations. (The recent Rose Acres 200 plus million egg recall should be on our minds yet. So very unlikely to have happened in small scale farming to affect so many people, and even the economical side of it.)

Can you see now how Walmart can sell cheap groceries? And the local owned grocery stores suffer as the populace blindly slurps up the cheap food prices of the mega operation and allows the local economy to suffer. Eventually we will likely find ourselves in situations as other countries awoke to.

Consider past similar settings and you will see the trend. Eventually there will be a lack of food due to careless unsustainable farming and business practices. But this can be avoided with small careful farming procedures. We cannot be any different than the country men of the past, even if we think we can be.

Every time another local owned grocery store closes it doors, the more susceptible we become to oppressive mega mart pricing even though now low prices seem to be the benefit of the mega operations. But remember, when you have all your eggs in one basket, you may quickly be caught in a crisis. Healthy economics always see locally owned and operated stores versus mammoth operations buying goods for your pantry. In fact the buyer of such a chain sees the need for making bigger profits. He even buys at the expenses of your local farm. And he might even make his vendors pay huge sums of money to be able to sell in his chain of stores.

Let us respect our own neighbors. Support local businesses. Let us respect others just as we appreciate it from them. Thus we strengthen our local community.

As previously noted, most milk is not traded in a fair trade manner. Recently a local farmer in his 60’s shared with me this fact. The milk company pays him now what his father’s milk company paid for milk when he was a boy at home; $12.00 per 100 lbs. of milk which is about 11.5 gallons. This is well below the cost of production. And so now in Pennsylvania Walmart’s will be selling milk from their corporation’s new plant in Indiana. Consequently this will hurt many of our already struggling local family farms in PA.

If you wish to make sure you buy milk from your own state, look on the label for the plant number. For Pennsylvania, look for plant numbers starting with the digits “42-“. This means a PA plant processed the milk. And better yet, if you can find out for certain if it is supporting small farms, your community will appreciate that. If you still want skim milk at least by if from a creamery that will support the local family farm.

I am fairly certain Walmart’s super dairies could not qualify for raw milk sales. Due to the very large herd of cows confined as they typically live, the cows cannot produce a milk with a healthy level needed for raw milk safety. And there will always be folks looking the cheap food they can purchase regardless of what it might present to them in terms of nutrients. Or the harm to the family farm. And that is fine. Each to his own in this matter certainly will not be a problem. But cheap food does have a high price tag eventually. Yes, just like the choice of skim milk has produced a hidden toll!

But if you are asking, “Where can I find raw milk near me?”, you might start by asking your local grocery store. Some states such as Pennsylvania and even California allow whole raw milk to be sold in grocery stores. That is the way it was years ago and why not promote more of that today? Then we can add whole milk back into our healthy snacks again. And support the small family farm.

About the Author: Philip Lehman 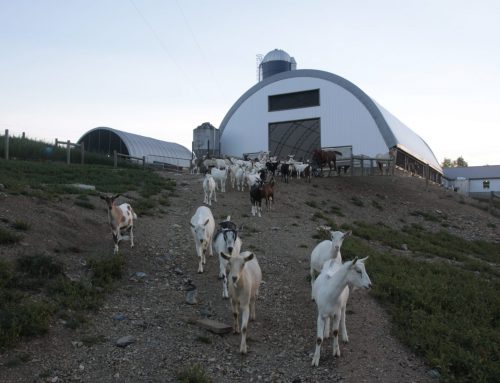 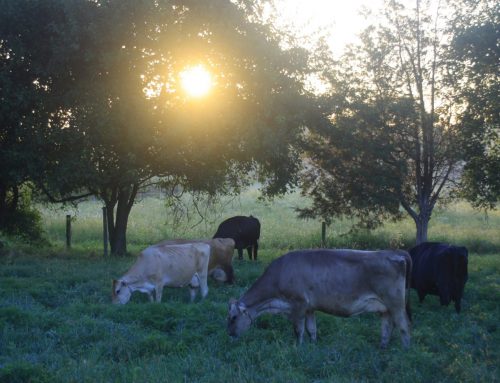 Get your 10% coupon code sent to your email immediately

Fill in your email address to sign up for our newsletter.